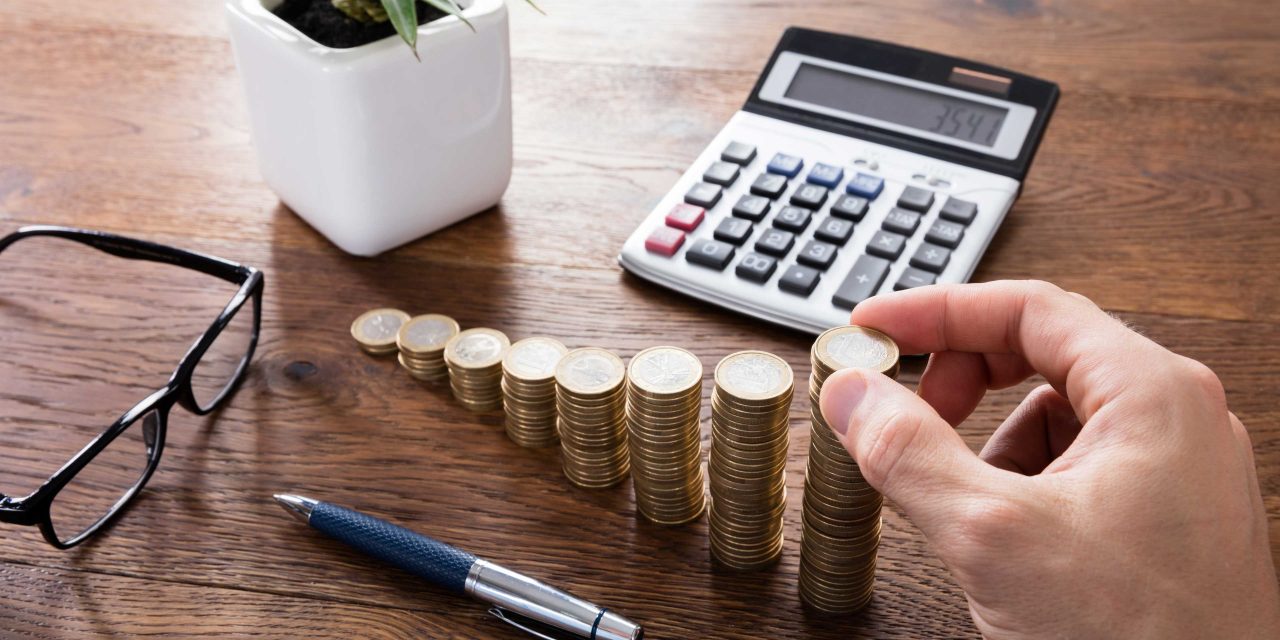 We are very excited to welcome John Lee Dumas on to this podcast episode. John is the host of 7 day a week podcast Entrepreneur On Fire where he interviews today’s most inspiring and successful entrepreneurs. He went from no online presence just over a year ago to now regularly hitting the top of iTunes business podcasts category. He makes 6 figures a month in income from all his online activities which is amazing! John is also the founder of a thriving online community for podcasters called Podcasters’ Paradise.

What Makes John Lee Dumas Different From Everyone Else?

A guy with a microphone, Mac, and high speed internet could see a niche that wasn’t being filled and he just jumped right into it. He described this void as an itch that hasn’t been scratched. John used to drive to work every single day listening to podcasts, continuously running out of podcasts, wondering why there wasn’t a fresh episode waiting for him every single morning. There he decided to be the guy who creates that. Now John has created nearly 500 episodes and Entrepreneur On Fire is still going strong.

Every single day John earns a passive income of $1400 because he has 2 sponsors who both pay $700 each to sponsor his Entrepreneur On Fire podcast. That number actually grows every quarter because these sponsors lock in that dollar amount on a quarterly basis. Depending on his downloads the amount being paid per podcast episode could grow as much as $1000 per sponsor. Generally, he earns an amazing amount of $1400 (more or less £1000) a day even before he gets out of bed.

A Day For John Lee Dumas

John is pretty busy every week but has variety to how each day is. He uses the batching technique for his Entrepreneur On Fire podcast wherein he does 8 interviews with inspiring entrepreneurs every Monday. It’s a really long day as he puts a lot of energy into it but he has done a week’s worth of episodes for Entrepreneur On Fire and this allows him to spend the other 6 days of the week on growing the other parts of his business. John is very passionate about podcasting and he believes that 2014 is the year of the podcast, specifically the niche podcast. Above and beyond podcasting he believes that 2014 is the year of live webinars. Podcasters’ Paradise already presents free live webinars every week. Basically they market these live webinars as podcast workshops which anybody can join. They are 45 minutes of pure value that talk all about podcasting including the benefits, why it exploded, how it can help your business and the actual technical details behind it. In the last 45 minutes of the webinar, John actually gives a tour of what you see in Podcasters’ Paradise. He shows the 120 video tutorials, the community forum, the thriving Facebook group, the monthly webinars that they’ve done and monthly Q&A sessions as well. During the live webinar John answers live questions on the fly. These are questions from the people who attended the webinar and it makes the viewers feel more engaged.

To sum this up, John does 2 types of webinars. The first one is promotional and anyone can join this session. The second type is the exclusive webinar for Podcasters’ Paradise members wherein he invites guests to talk about their expertise and answer questions.

How To Attract People To Attend Free Webinars

Back in September of 2012 when John launched Entrepreneur On Fire he had zero online presence and zero broadcasting experience. He slowly had built his online presence for the last 18 months and has built his audience which now helps in attracting people to attend his webinars. He also spends a considerable amount of money on Facebook advertising which he can accurately track. Facebook has a genius way of tracking people that are invited to the webinar to see if they eventually convert to a community member.

Again, John emphasises the help of Facebook advertising. Money runs Facebook so they’re always going to give preference to people who are actually spending money. John has a team of professionals who specialise in targeting people using Facebook Advertising. What they do is target Facebook pages, groups and things along those lines to make sure that John’s advertisement will only be seen by people who would potentially want to watch the webinar. Pat Flynn, Dan Miller, Michael Hyatt those are the people whose fan pages they can actually target. John’s advertisements will only be seen by those people who are actually friends, likes or fans of those specific pages. He also targets podcasting groups within Facebook and other things along those lines. John makes sure that he is focusing his money towards people who would want to learn more about podcasting.

John particularly use Twitter to show his gratitude to his past guests. He has around 19,000 followers and still growing everyday as Entrepreneur On Fire is becoming better known. His virtual assistant curates great content from guests that were on from Entrepreneur On Fire. Whenever any of those past 500 guests create a great article he will post a link to that on his Twitter with an @ attribution. John and his team schedule 15 to 20 tweets per day so that’s about 1 tweet every 45 minutes to an hour. He will add in some webinar links and income reports but mostly 80% of the time he dedicates his tweets to promoting his past guests. That’s what he loves about Entrepreneur On Fire, it allowed him to build incredible relationships with so many inspiring and successful entrepreneurs.

Another social media platform that John enjoys using is Instagram. His good friend and mentor Lewis Howes mentioned in his podcast to take a picture of where you’re listening to The School Of Greatness and post it on Instagram. People were posting their pictures from the top of Eiffel Tower, at the Roman Coliseum and during the Boston Marathon. It was so inspiring to see these things so John wanted to start taking pictures and posting to Instagram. John is also on Pinterest as well as the new SoundCloud which now lets you embed a player within Twitter or Facebook so people can just press play right on the post. As of this week Entrepreneur On Fire is nearly at episode 500 and we witnessed how John’s visual branding has changed from the beginning up until today. I’ve noticed that he has recently updated his Twitter and Facebook images which shows John Lee Dumas in a boat at the middle of the ocean, holding a spear. He explains that the spear is courage and the shark is fear and he is stabbing fear in the face with the spear. A great symbolism on how he conquers his fears in relation to being an entrepreneur. His branding has always had the edge or compounding effect. Izabela relates it to books by Jeff Olsen and Darren Harty where they talk about just always improving a little bit everyday and it eventually adds up to big things. Not having his podcast image completely worked out at the start didn’t stop him from creating podcasts and he just kept improving little by little. Now that his finances are growing, he’s able to hire professional photographers and videographers. All of this success is part of a big series of small improvements everyday.

What Are Your Secret Killer Tools?

John mentions significant people who has greatly influenced him. Cliff Ravenscraft was such an instrumental person in John’s journey. John has gained so much from Cliff’s video tutorials. John’s mentor Jamie Tardy coached him from having no idea to helping him to go in the right direction and not waste any time, energy and effort.

Another great tool that is very useful for John is ScheduleOnce it is what he use to book everything from Entrepreneur On Fire interviews, other podcast interviews, mastermind calls, coaching and mentor calls. He has 6 different links and it will take you to John’s ScheduleOnce page that shows the openings he has. ScheduleOnce has allowed John to take that nightmare of scheduling and turn it into an outbound email automatic machine.

He also mentions my YouTube page which he says a great resource for Adobe Audition tutorials. He says he always goes there to check my new videos and get some tips and tricks to better improve his editing, recording and sound effects. Now this guy really knows how to flatter! 🙂

When asked about his take on radio stations broadcasting episodes of Entrepreneur On Fire John would totally agree to re-broadcast as he is a strong believer of the content that he creates. His content is very inspiring because of the guests that he brings on that shares amazing journeys, failures, the lessons from their failures, their a-ha moments, the ideas that delivered them to success. As long as it would not increase John’s workload it would be OK with him to re-broadcast his episode as it would reach more people that he could have not possibly reached before.

The Next Big Thing For John Lee Dumas

The live event BlogWorld is so powerful. John elaborates how he’s really into live events. He loves being a presenter at these events, being able to see the attendees, interacting with other presenters and just having great fun at hangouts. He’s not going to put dates on it yet but you’ll definitely see John Lee Dumas in an Entrepreneur On Fire live event. Additionally, a live event for Podcasters’ Paradise is also cooking. John will be a speaker in the Podcast Movement Conference in August in Dallas. Piggybacking on those big events is a stepping stone for John as he would like to make his stand alone event in the near future.

If you would want to learn more about podcasting and how you can create, grow and monetize your own podcast. Head over to Podcasters’ Paradise using our affiliate link (this is my affiliate link and I will receive a commission if you click through and purchase) and sign up to get started with a free live webinars.

John will also be appearing on our Music Radio Creative YouTube channel, starting next week, with a series of podcasting tips. Watch the trailer!

Are you ready to ignite after listening to this episode? We’d love to hear from you! What do you think of our podcast episode today? Leave a comment below. 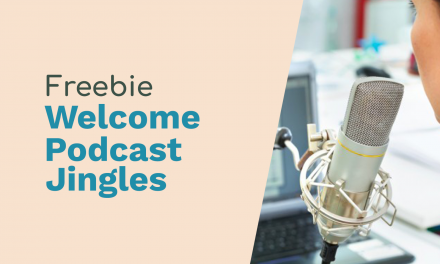 Free Podcast Intros – Welcome, This is 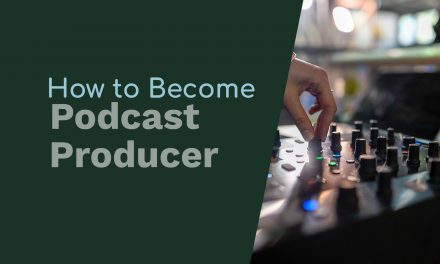 How to Become a Podcast Producer 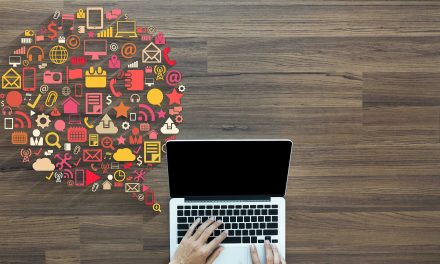 Podcast Advertising, Is It Worth It? 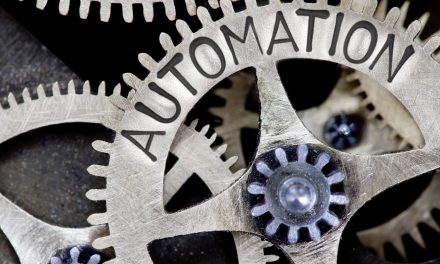 Podcasting Automation – How to Automate Your Podcast