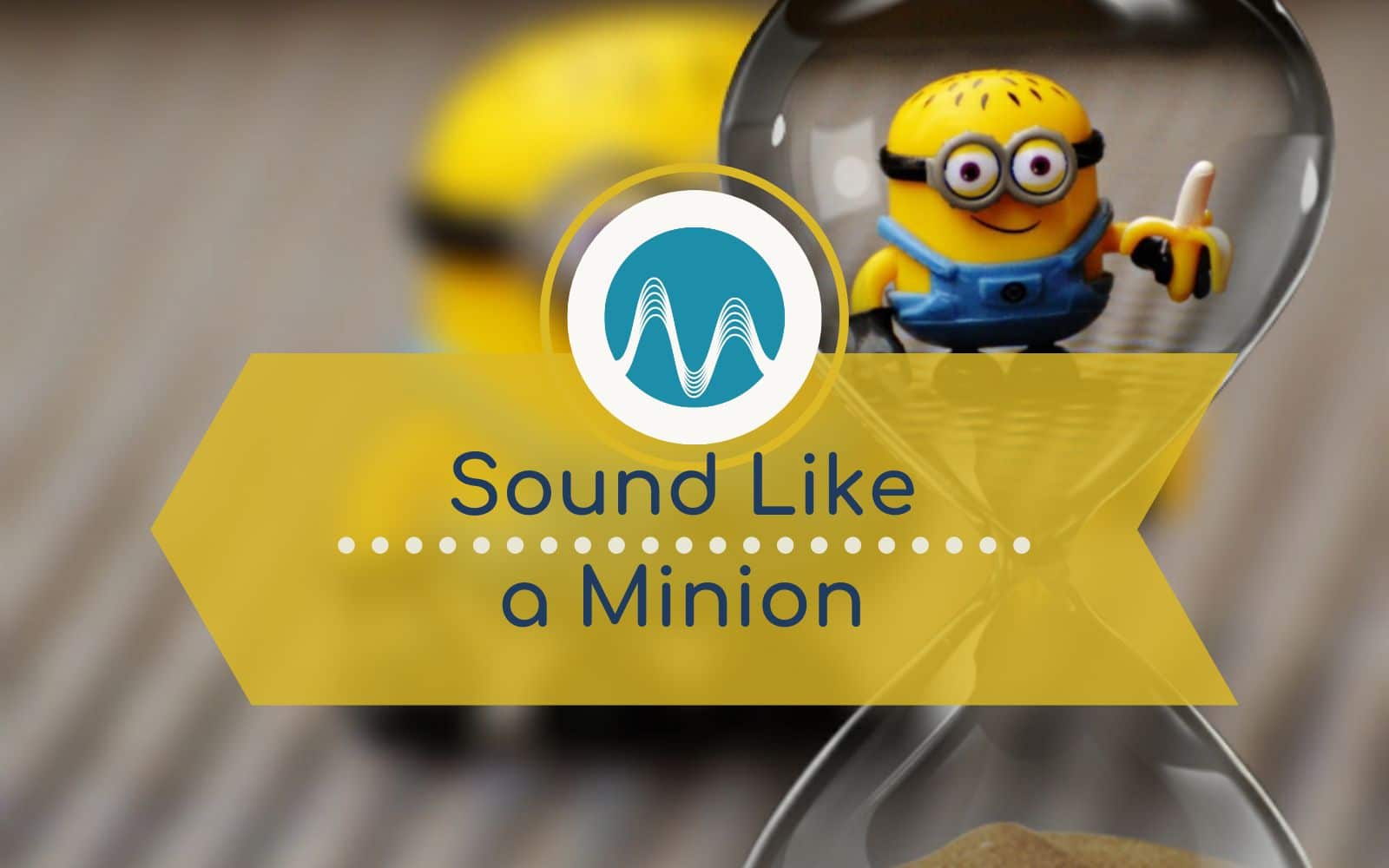 Bello! Are you all ready to sound like a Minion today? After learning my first Minionese words, I pushed record and edited my voice in Adobe Audition. You don’t have to be a professional in voice editing with Adobe Audition. With one simple effect and some tweaking, you’ll be able recreate the Minion voice effect on your own voice! Plus the same effects can be found in other audio editors.

Yes Minions have their own language! The words are not just random, they are actual words. If you want to sound like a minion – you need to speak like one. This definitely is half of a success.

The language appears to be a polyglot language, which borrows words and – such as they are – grammatical rules from many different languages. Minionese contains some elements of English, with words like “Banana”, “Bapple” (apple, basically “Apple” with “B”), and “Potato”. (Minions are, as has been shown many times, particularly obsessed with food.)

In addition, Minionese also contains words from other languages such as Spanish, Italian, Chinese, Filipino (Tagalog), French and Russian and many other languages. In Minions, new Minionese words were heard from the minions, such as “Trōpa” in Tagalog and Spanish which means a group of friends. Also, some words such as “Papōy” (toy) are unique to Minionese.

The next step is easier showed than explained. Here is a full step by step tutorial on how to manipulate your voice to sound like a minion.

Would you like to get our own attempt at Minion speech? Here are our Minion voice overs for you to download:

Get your free Minion Sounds

Download link to a zip file containing the packages will be shown on this page once you provide your details below.

Thanks! Every two weeks we send freebies like this one to our subscribers. If you would like to be included - check your email and confirm.

We have more than 150 voiceovers in multiple languages available for your orders 24/7.