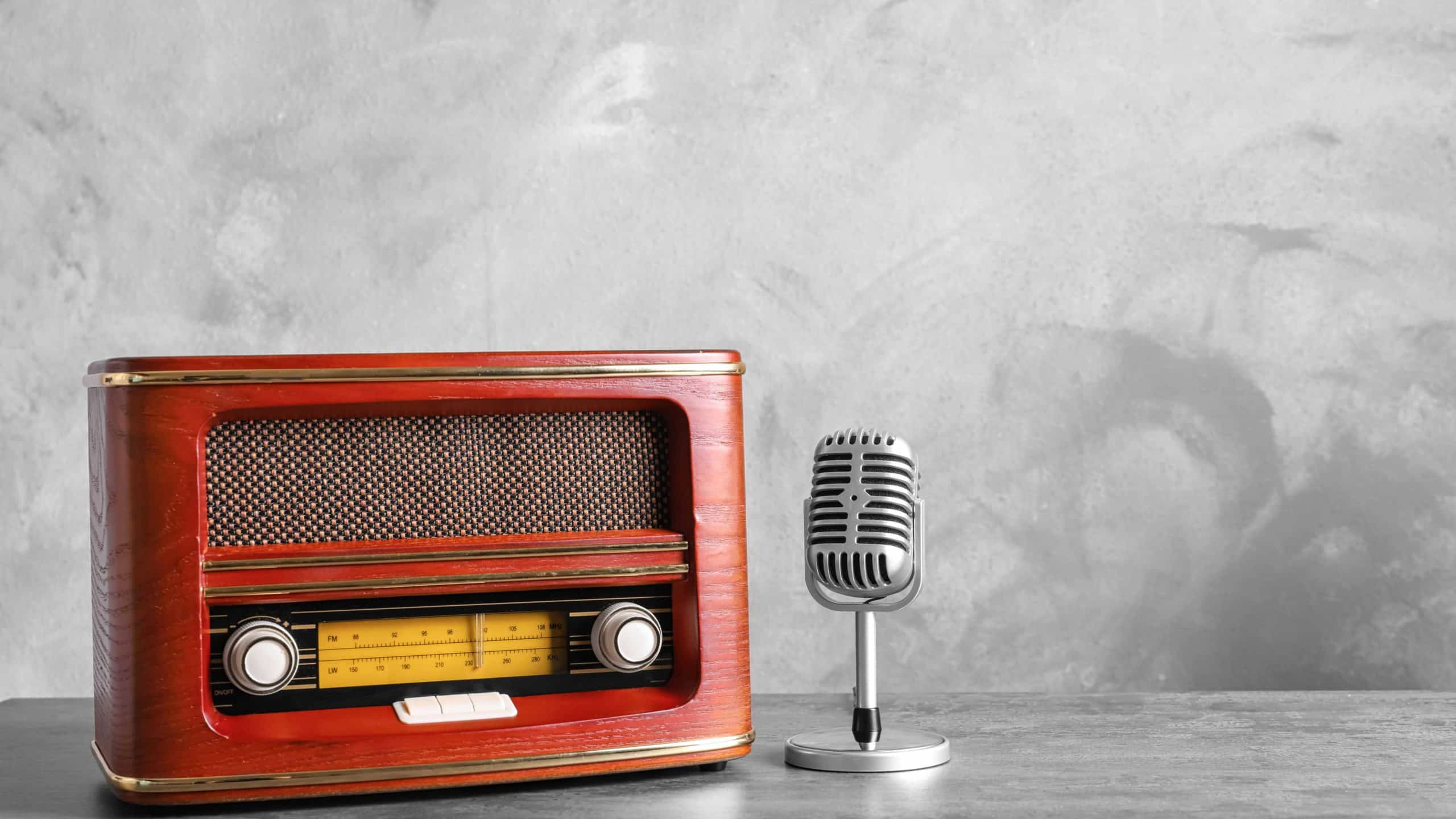 An aircheck session (where the radio station boss calls you into an office and plays back your show from that day – usually without warning) is often a dreaded experience for many on air hosts at radio stations. I had good airchecks (or snoop sessions) and I also had some very bad airchecks with previous bosses of mine when I was working in radio. One thing was for certain – I would always learn something about engaging and entertaining a listening audience.

Here are the top 10 things that working in radio has taught me over the years. These are principles that you can easily apply to your own radio show, internet radio station and they can even be modified slightly and applied to podcasting. Listen to the podcast episode to hear myself and Izabela discuss them in detail.

1. Always Talk To One Person Only

Don’t say “This is Mike Russell” on air, always introduce yourself on the radio like you would to a good friend or new contact at a cocktail party. “Hi, I’m Mike”, is a great starting point. Remember to keep in mind that you’re always talking to only one person so don’t use phrases like “hi listeners”, “hi everyone in radio land” or “hello podcast listeners”. It’s impersonal and disconnects you from your audience.

Keep the flow of your radio show or podcast going don’t interrupt the listener experience by saying “we’ll be right back” or, even worse “see you after these words”. You won’t be seeing anyone (it’s radio) and announcing a set of commercials is a huge turn off.

3. One Thought Per Link

Link is a technical term in radio for the bit were the on air host speaks between the music. I was told from a very early stage in my presenting career to always keep each link down to only one thought. If you include more than that it’d likely the listener won’t remember anything you said and you don’t want that!

When you pre-record radio station callers to go on air make sure you prepare and produce that caller. What I mean by this is get them to start by saying hello to you, the host, it’s easy to do this by answering the phone, “Hello Swan FM, you’re speaking to Mike” and in most cases the caller will respond “Hi Mike!” Then when you lead into the pre-recorded call on air you can say “Hi who’s calling Swan FM?” the caller responds, “Hi, Mike!” It sounds like they know you. Another trick is to ask the caller what they think of your show and the radio station and then cut you asking the question out of the call that goes out on air. Often you’ll get a response like “oh, I love the show and your radio station rocks!” Great social proof that listeners love your radio show (even if you did produce them to say it).

Take calls on your internet radio station, website or podcast using Speakpipe – an awesome plugin that allows listeners to record a voicemail using their computer microphone.

As much as on air announcers like to talk over records – often this sounds really good and fits the format of a radio station – there are some records you should never talk over. For instance Hotel California by the Eagles and Baker Street by Gerry Rafferty. The rule is you should respect the music. This applies to back announcing tracks and telling your listeners that you hate it. Many commercial radio stations carefully plan their radio station playlists and if you diss a song you’re potentially disrespecting one of your listener’s favourites.

Izabela also raises the point that it is potentially illegal to talk over music on the radio – listen to the podcast from 19:38 to hear the discussion.

If you are asking for listener interaction don’t say “you can find us on Facebook, follow us on Twitter, call us or send a postcard”. What will your listener remember? Nothing! Give one clear and easy way for the listener to get in touch and be sure to repeat that method more than once.

8. How To Use Radio Jingles

When cart machines used to be the way radio hosts would play radio jingles on air the host would walk into a studio with a whole pile of carts and play them as they wished. Now it is much more ordered that that and radio jingles are often scheduled right into the radio station playlists just like music tracks are. They will be assigned moods and tempos so that the jingles automatically fit the sound of the songs they’re playing in between. A general rule is that if you’re not talking a station identification should play. This is because some listeners may tune in for only 10 minutes and hear 3 songs with no talking. If there’s no radio station ID how are they going to remember what they were listening to? As a side note, check out our awesome radio jingles here.

There’s always someone on after you (unless the radio station is closing down).

Those are the top ten tips I picked up from nearly two decades working in the radio industry. Is there a tip we haven’t mentioned that you’d like to add?

Robin Banks On How To Be A Radio Star